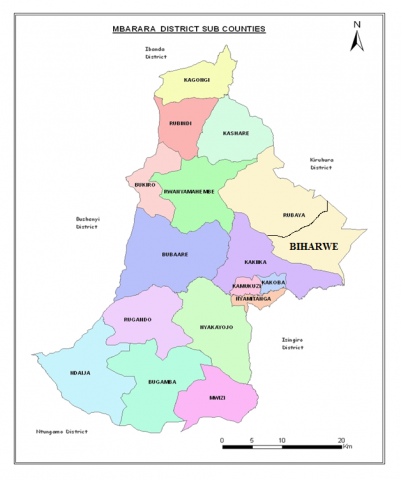 Climate and landscape
Mbarara district receives an average annual rainfall of 1,200mm with two rainy seasons, during the months of February-May and September-December. Temperature ranges between 170C to 300C, with a humidity range of 80-90%. The topography is a mixture of fairly rolling and sharp hills and mountains, shallow valleys and flat land. The soils are generally sandy, clay and slightly laterite loams, suitable for cultivation.